The beads inside the clear plastic sphere at the center of the toys can be released and pose a choking hazard to young children.


The firm has received 12 reports of beads being released from the plastic clear plastic sphere body on Sassy-branded toys. There have been no such reports on the Carter's-branded toys. No injuries have been reported.

This recall involves the products listed below:

They were manufactured in China. 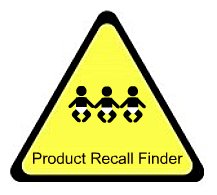