My story about overcoming struggles 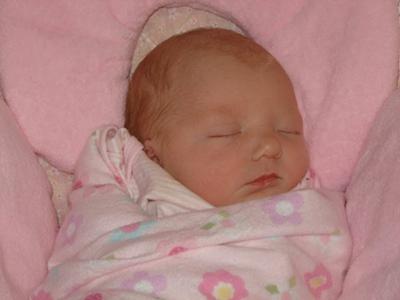 Last picture taken of Pooker before being taken to the ER 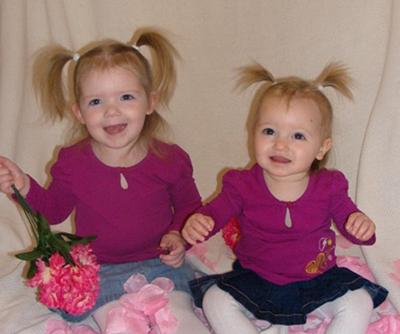 My story is probably one of thousands out there, filled with heartache and joy. For me breastfeeding was a goal that I thought would be easy to achieve.

Sadly, with my first born, I was wrong.
When my oldest (Pooker) was born, in April 2008, it was a day of miracles. She was our third pregnancy in 11 months. We went through 2 miscarriages before having her. We were just so ecstatic to finally have our baby in our arms. She had problems in the beginning with nursing. She was more interested in sleeping, had almost no ability to suck or latch on, and we had a horrible lactation consultant at the hospital. She told us to give her formula and left us alone.But we were still determined not to give up, we were just so happy to be holding her in our arms.
But on the third day of her life, everything changed. I was nursing her at home, when I looked down at her I noticed something was wrong. When my mind caught up with what my eyes were seeing, I lost it. My daughter was blue. Dark blue.... everything. Her lips, cheeks, nose.... her whole face. I yelled for my husband (who luckily was sitting right next to me) and he saw it too. He jumped up just as I sat her up in my arms. The second I sat her up, her color began to return to normal and she opened her eyes. Within seconds, it was like nothing had happened.
We put a call into her pediatrician (whom she had not even seen yet) and waited all day to hear back. We kept a close eye on her the whole day and it did not happen again. Hours later, the doctor called us back and told us to take her to the ER where she was born. From there on........ our world shattered.

While at the ER, she had another episode. I began calling them "blue episodes" and it happened while she was nursing again. At this point they had already informed us that they would be transporting her to Scottish Rite (Childcare's Health Care of Atlanta). I had to hold my crying baby down on a cold table while they did x rays. It took both my husband and myself to keep her still. To hold your baby this way is very heart breaking. She was so small... only being 3 days old. Then they were throwing words like "Spinal Tap and Meningitis" at us. The nurses and staff seemed to be very concerned.... which only scared us even more. When she stopped breathing at the ER, my husband rushed out and yelled for help. The number of staff that came running in was so scary. They took her from me and laid her on the bed. They immediately began doing a catheter and prepping her for the ambulance ride.

She was admitted into Scottish Rite where she had another Blue Episode, this time while she was being given a Zantac. Once again the room was filled with nurses giving our miracle air and checking her vitals... all the while my husband and I were left hanging onto each other in the corner watching our little girl suffer. This episode was different. This time, she did not turn blue, she turned bright red and her arms and legs began flailing around like stiff boards. She was clearly in distress and this time she could tell.
While at Scottish Rite, they did a Spinal Tap, a dozen or more x rays, brain scans, heart scans, blood tests, RSV tests, and a Barium Swallow. This little baby had a dozen wires sticking out of her body 24/7, the crib was like a jail cell. I was convinced that she would spend as little time in that crib as possible. In my mind..... if we were going to lose our baby.... she was not going to die in the crib. She would die in our arms. Looking back...... my heart still races. To have to even think that thought as a parent........but if we had to lose her.... she was going to leave us in the arms of the people who loved her.

After four days, she was diagnosed with Silent Reflux and Breath Apnea. The whole time I either pumped or nursed her. When I say pumped.... I mean I was up every two hours pumping what I could and giving it to her in a bottle. I was on a clock...... I would pump, give the nurses what I got and then ask for what milk I pumped 2 hours before and I fed her that. I finally got the courage to breastfeed her, with the help of an amazing Lactation Consultant! I thought I was the reason she was turning blue, as it all started while she was nursing.

So our miracle was not going to die.... with the help of an Apnea Monitor that she wore for 24 hours a day (minus bath time) and some serious over protecting on our part. She had some major problems with pain form her reflux, and I began to see the warning signs when she was having another Blue Episode. But we prevailed with the breastfeeding. Our little fighter made it through medication side effects, poor weight gain, latching problems, I had a breast milk imbalance, apnea spells, poor sucking ability and a traumatizing first week of her life. But I am happy to say that she nursed for 11 months. It was not until she was 6 months old did she really get the hang of breastfeeding.....so to say that my first experience was easy.....w ell that is so far from the truth.

Why did we stop breastfeeding at 11 months? Because I was pregnant with our second miracle. I am happy to say that her breastfeeding experience has been much better.... still plagued with the horrid reflux.... but nearly as bad as her older sister's. My current Nummie Lover (Kit Kat) is 15 months old and still going strong! My daughters are the reason I started Mummies Nummies.
I knew I was not the only mummie who had problems to overcome!

Breastfeeding can be very hard....but if you are strong willed...... it can become a beautiful experience.